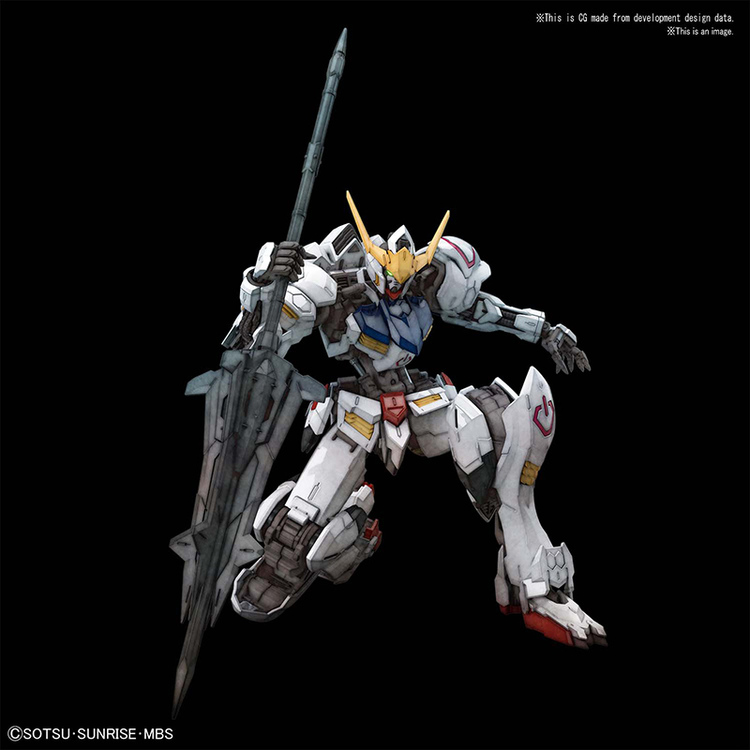 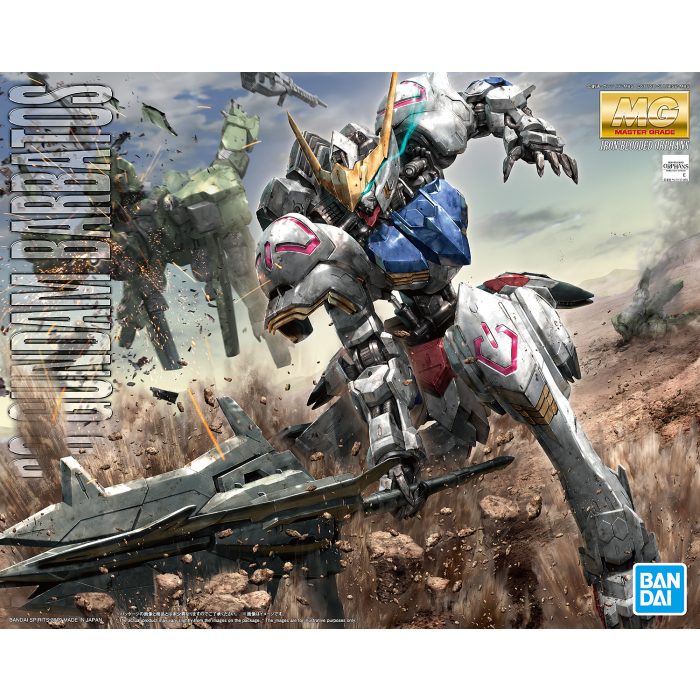 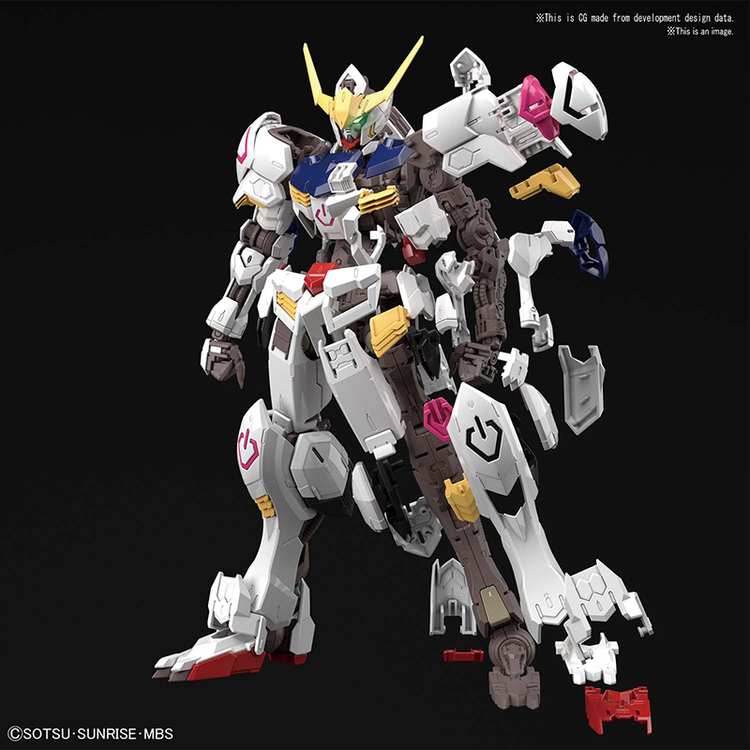 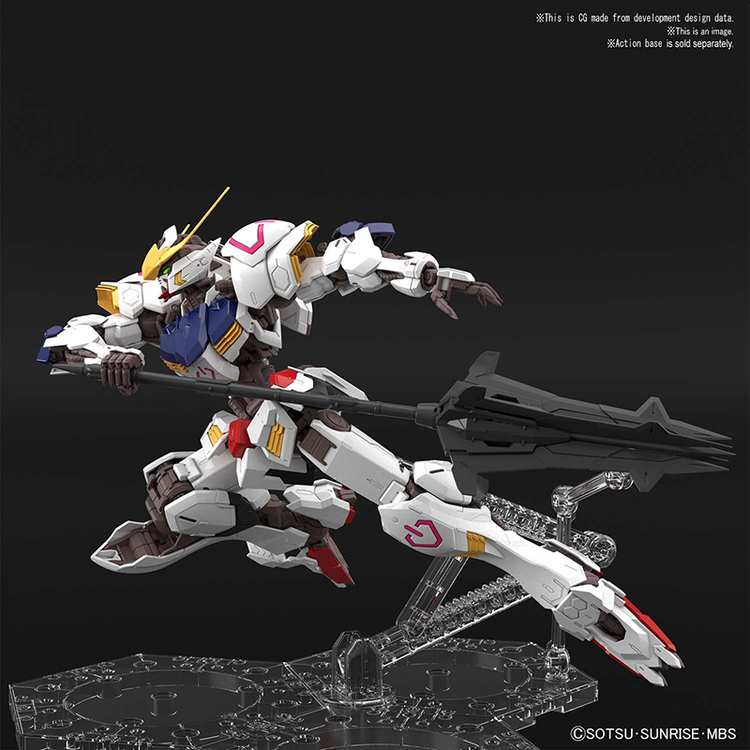 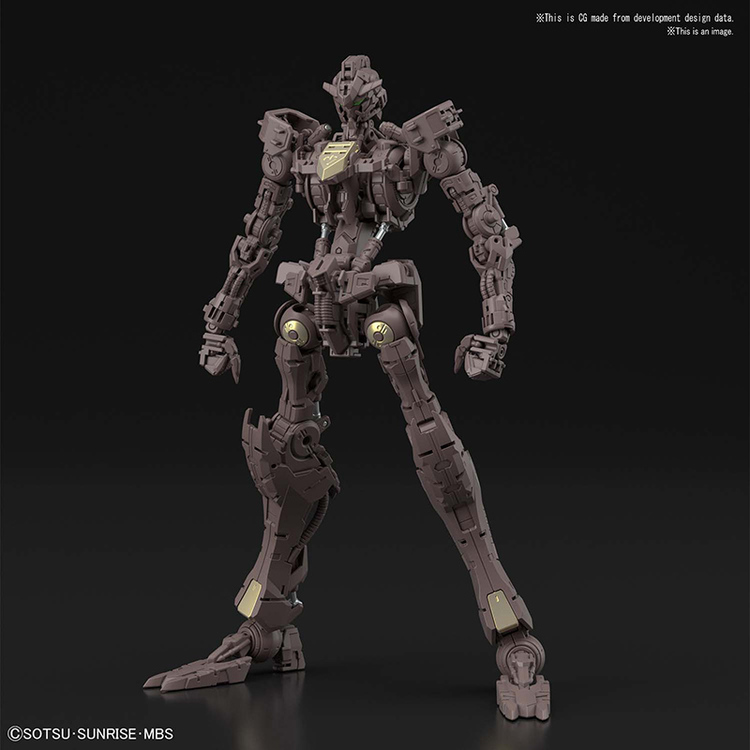 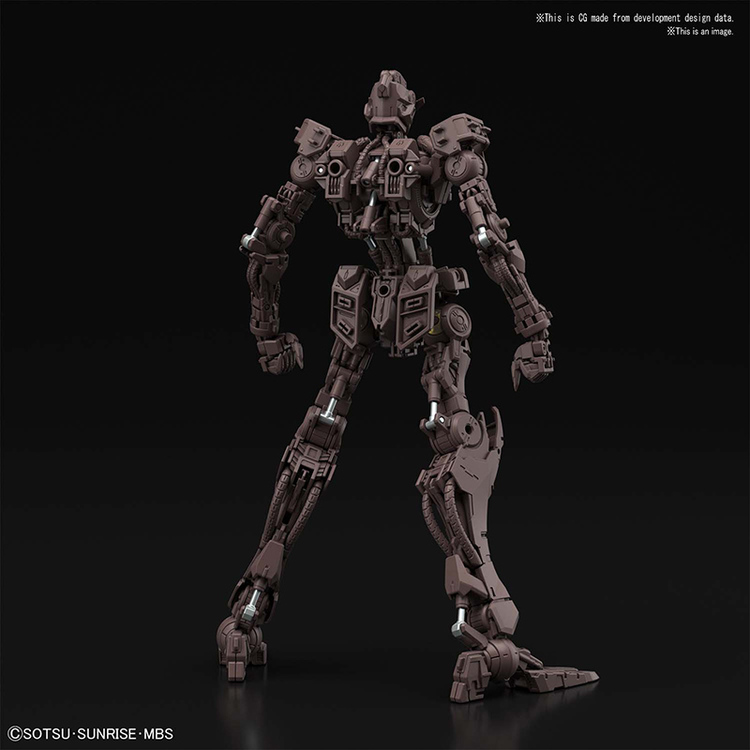 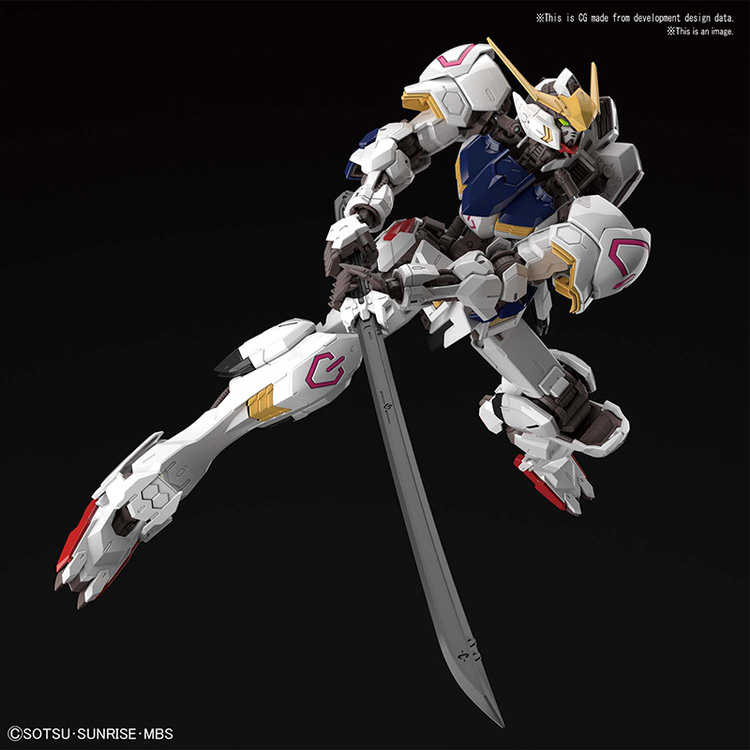 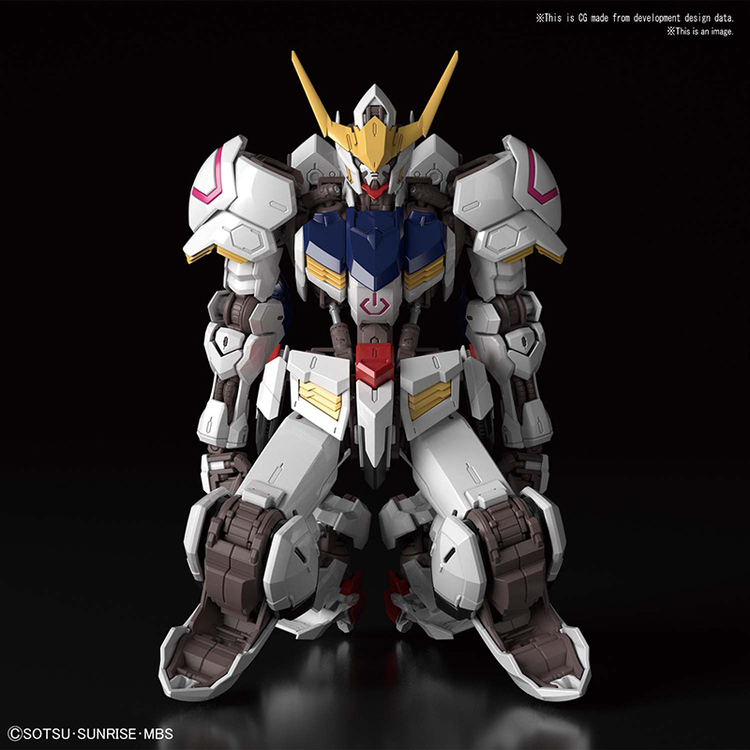 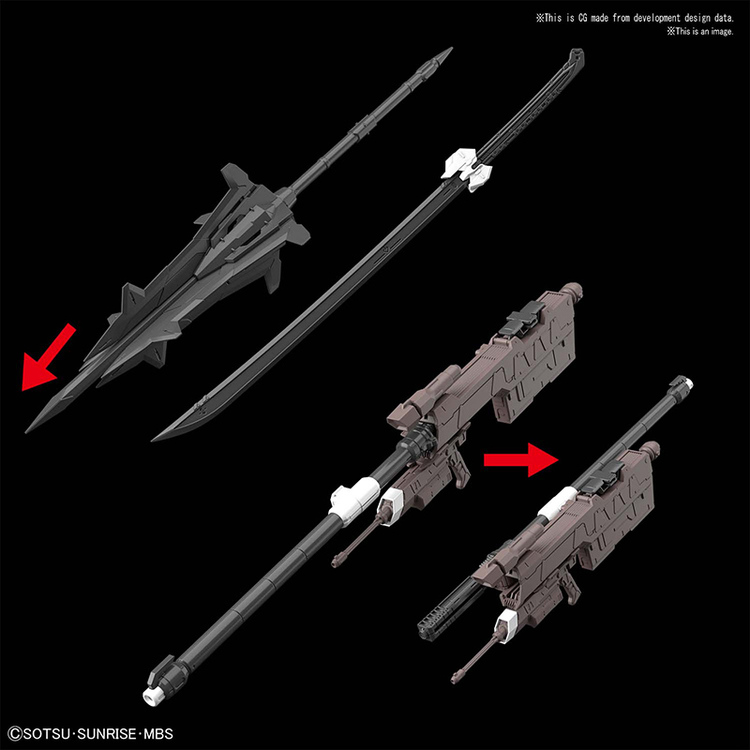 This is a posable, Master-Grade injection-plastic kit of an item from the Gundam universe.

From "Mobile Suit Gundam: Iron Blooded Orphans," arrives the fourth form of the main Gundam, Barbatos, as an MG!

The internal mechanisms such as the Gundam from and Ahab Reactors, have been thoroughly recreated. Features excellent color separation, improved dynamic movement gimmicks, and plentiful option parts.

Barbatos' fourth form colors have been replicated with precision, and the internal parts such as the Gundam frame have been carefully crafted to match their appearance in the series. The cylinders in the frame employ silver plating for extra detail, and the chest features a gimmick to allow rotation of the Ahab Reactors for the first time in an MG.

The inner frame, cylinders, and armor are linked by a moveable axis in the upper body to improve posing ability. Barbatos' knees also move in conjunction with their cylinders, expanding range of motion and offering a natural look when standing. Left to right movement of the waist has been articulated to allow for distinct down-facing posing, too.

In addition to the wealth of possibilities in the kit itself, the weapon parts also feature satisfying gimmicks, such as a sliding and folding gimmick on the glide gun.

Add this impressive MG to your own lineup and enjoy all the intricate posing options it has to offer! 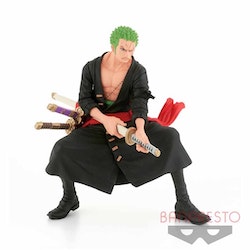 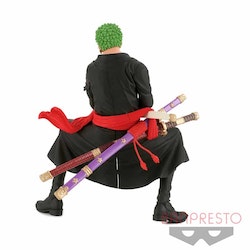 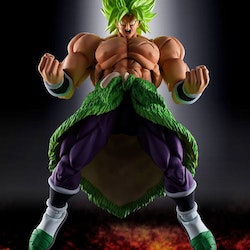 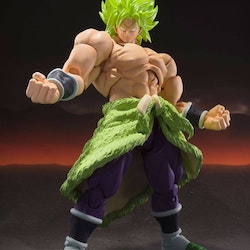 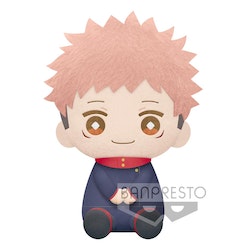 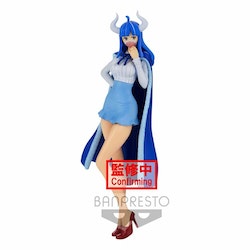 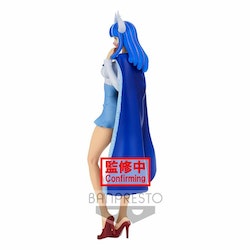 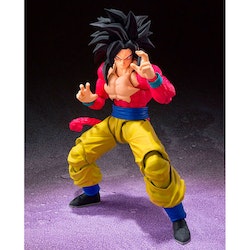 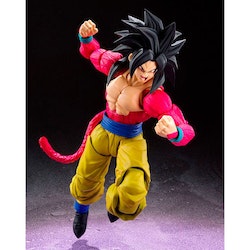 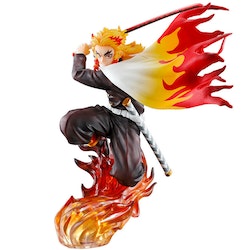 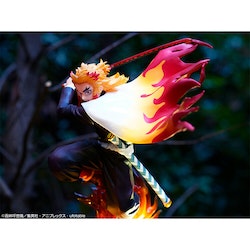 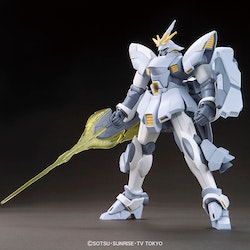 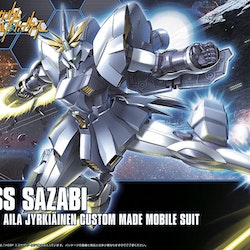 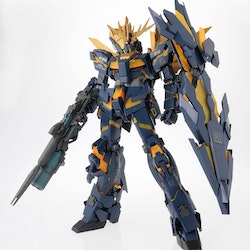 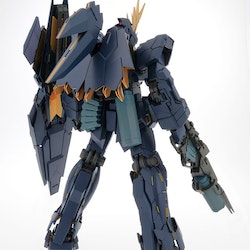